Three months ago, I wrote an article about Jane Street’s January challenge. Continuing in the same vein, I decided to write about this month’s Jane Street problem: Bracketology 101. 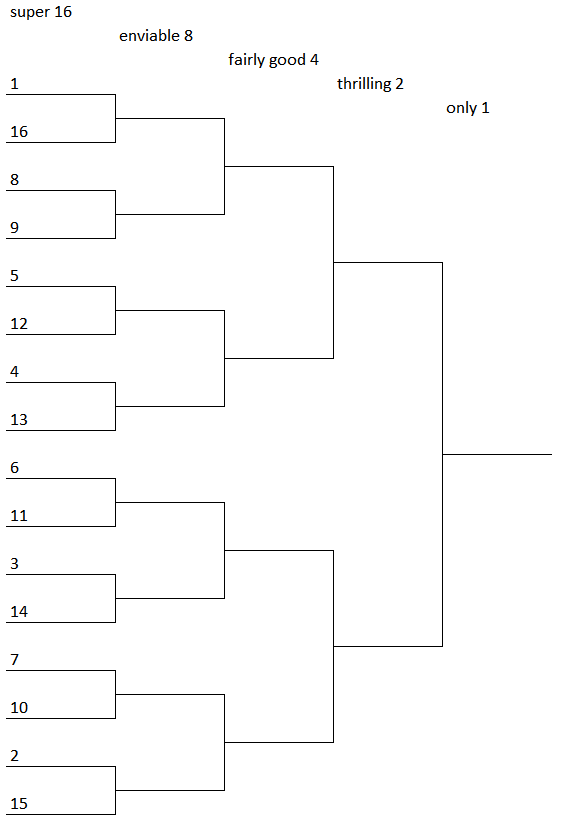 There are \({16 \choose 2} = 120\) possible seed swaps, not that much to enumerate for a computer. The difficulty lies in the evaluation of a bracket arrangement: what is the probability that the 2-seed wins with a given bracket assignment?

A simplified example reveals the answer. Take a look at this sample arrangement with 4 seeds. 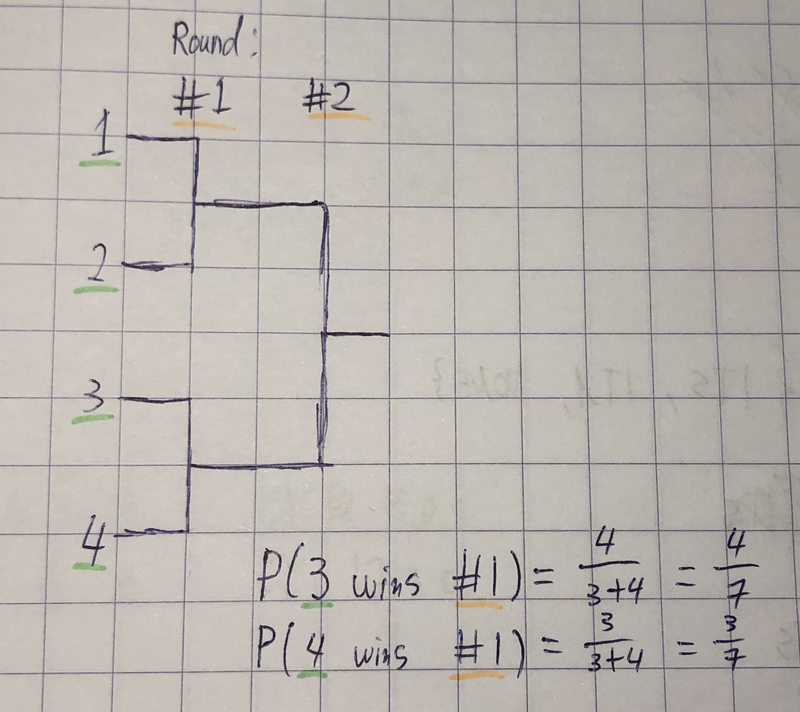 To calculate the probability that 2 wins in the second round, you have to take into account the case where 3 won the other tournament and the case where 4 won:

We can avoid this recursive mess with some careful tabulation, a technique called dynamic programming. Let’s start with a 5x16 matrix: 5 rows for the rounds (I added a dummy round #0 for simplicity), and 16 columns for the competitors. Each round we memoize the probability that the \(i\)-seed has survived so far, and we store that information in the table. And each seed starts with a probability of survival of \(1.0\):

For round #1, we will start actually battling the seeds against each other. We store the probabilities of survival in the second row:

We’ve done a single seed swap, but what happens when you repeatedly find the optimal seed swap and apply it? It turns out that if you take a random assignment of 16 seeds and repeatedly apply the greedy optimum seed swap, >99% of the time you converge an arrangement that gives the 2-seed a \(33.65\%\) chance of winning!

It’s quite surprising that greedily doing optimal swaps results in an optimal solution this often. Probably because 16 is such a low population size; I expect that this greedy algorithm becomes less effective once you start battling 256 seeds, for example.

You can look at my implementation here. I would like to thank Jane Street for another one of their interesting monthly challenges.