The first thing we consider is the fact that the actual distance of the arrow is not important. All arrows are independent and identically distributed, so by taking the inverse we can transform the distance into quantiles that follow a \(\text{UNIF}(0, 1)\) distribution.

Furthermore, given that after \(k\) shots we have distances with quantiles \(q_1, \ldots, q_k\), let us calculate the probability of quantile \(Q \sim \text{UNIF}(0, 1)\) being the lower than all other quantiles:

It turns out this probability only depends on the amount of previous arrows. This makes it easy for us to turn this puzzle into a dynamic programming problem. Let \(N \in \mathbb{N}\), then

The first case, where \(N=1\), is the case where there is only one player (Darrin) left. In that case the probability of Darrin winning is 1, given that he is the only player left.

In the second case, where \(m=0\), it is currently Darrin’s turn. The only possibility for him to win is if he shoots the closest arrow and then wins the game with this new game state, where there are \(m=n-1\) players that have to shoot the arrow before it is Darrin’s turn again.

The last case is the case where there are still players left, and it is not Darrin’s turn. In that case, you end up with two scenarios you have to take into account. If the current player shoots the closest arrow, he is still in the game (\(n := n\)), but if he does not shoot the closest arrow he gets removed from the game (\(n := n-1\)). Via the law of total probability, we can take the sum these two cases. 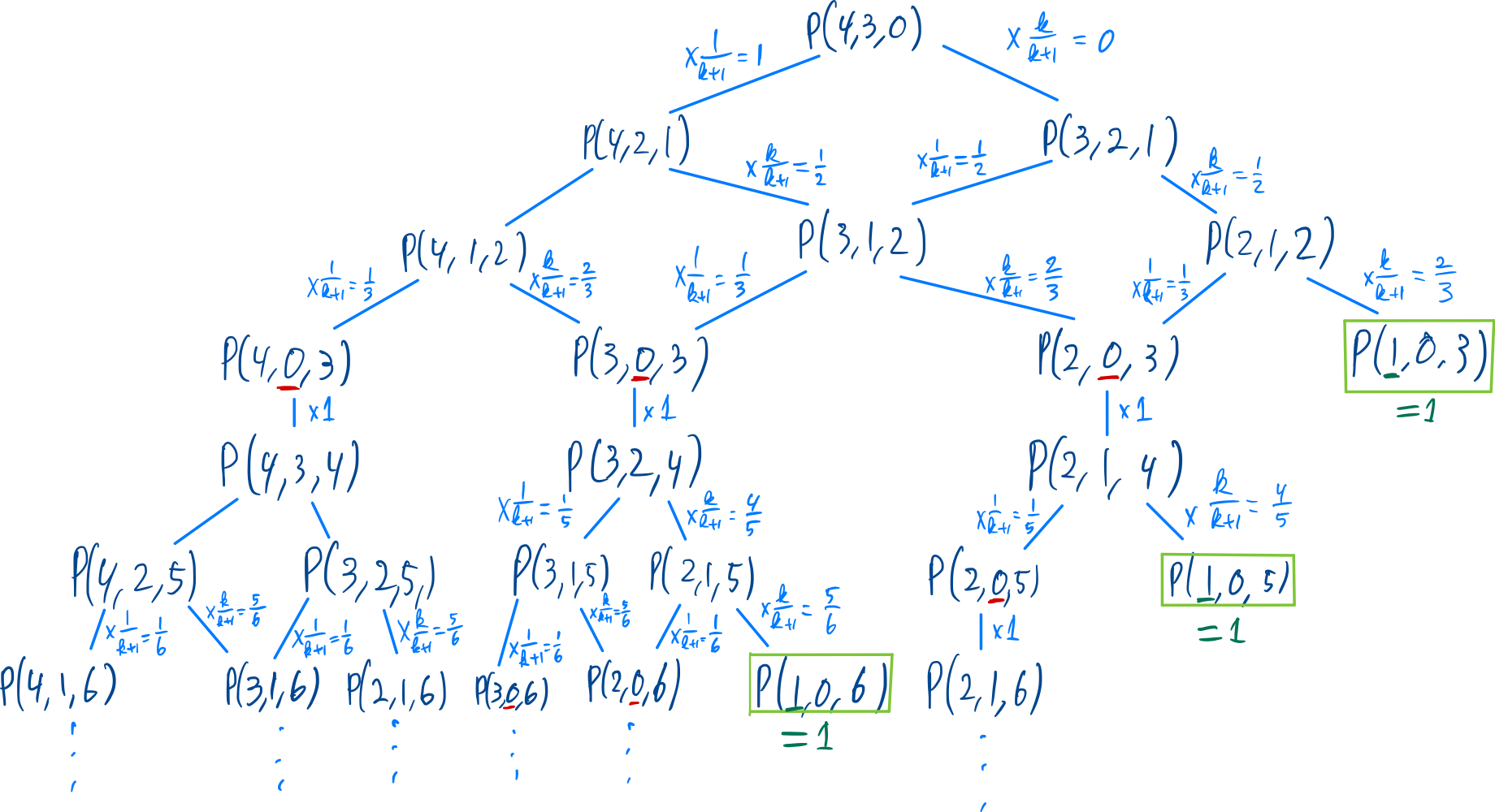