In 1990, Texas Instruments (TI) released their first graphing calculator: the TI-81. Due to TI’s involvement with high school textbook manufacturers such as Pearson, high schools were quick to adopt TI’s new graphing calculators. Even high-stake tests such as the Scholastic Aptitude Test (SAT) or American College Test (ACT) started to allow use of these new tools.

There was a problem though. As technology advanced, calculators became smarter. It became possible to store notes, write programs and even solve equations directly from a calculator. This created new opportunities for cheating. To solve this, newer calculators were equipped with a test mode. Once activated, students were no longer able to access their notes or their custom programs. Other companies, such as Casio and HP, also quickly adopted these measures.

Numworks released their first graphing calculator in 2017. This calculator is unique in the sense that it is fully open source. Anyone can download its source code or its PCB schematics. There is documentation on every single piece of the plastic housing and there are blog posts that describe the difficulties experienced during mass production.

As the Numworks graphing calculator is open source, anyone can contribute to its source code to improve it, or branch off Numworks’ work entirely, but this also creates many new opportunities for cheating on tests.

The calculator’s operating system is called Epsilon. It includes numerous apps that allow calculation of expressions, graph functions and Python code. Numworks even provides a simulator that can be trialed straight from your browser. Epsilon comprises of five main components that work together. Ion, for example, directly communicates with the calculator’s hardware and provides an abstraction layer for it, while Poincaré is a mathematical engine that can simplify and evaluate mathematical expressions.

On selecting examination mode, a few different things should happen with a calculator. In the Netherlands, calculators in this mode should

To download Epsilon’s source code, Numworks’ repository can be cloned on Github

Flashing only takes a couple of seconds and works really well. With the ability to compile and flash source code, it is possible to start making modifications.

After flashing the source code, a warning has been added in Settings > About. 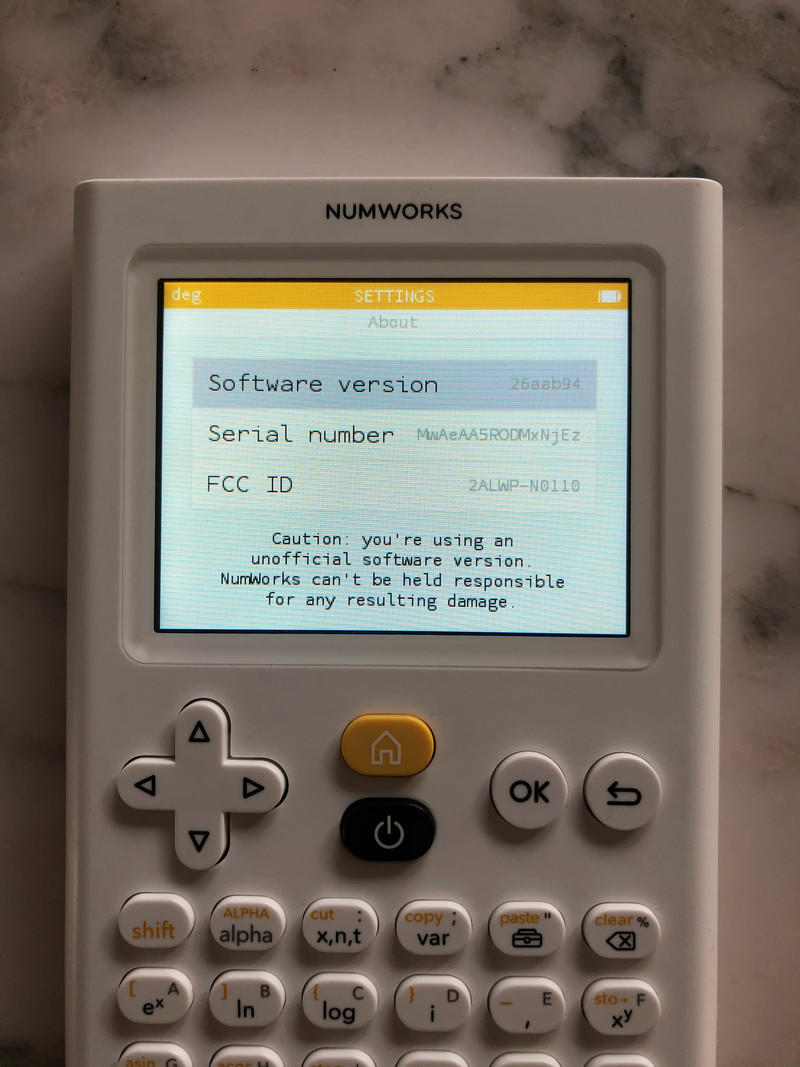 To remove it, the following can be found in the source code:

After these lines are removed, and the code recompiled and reflashed, the calculator looks original again. 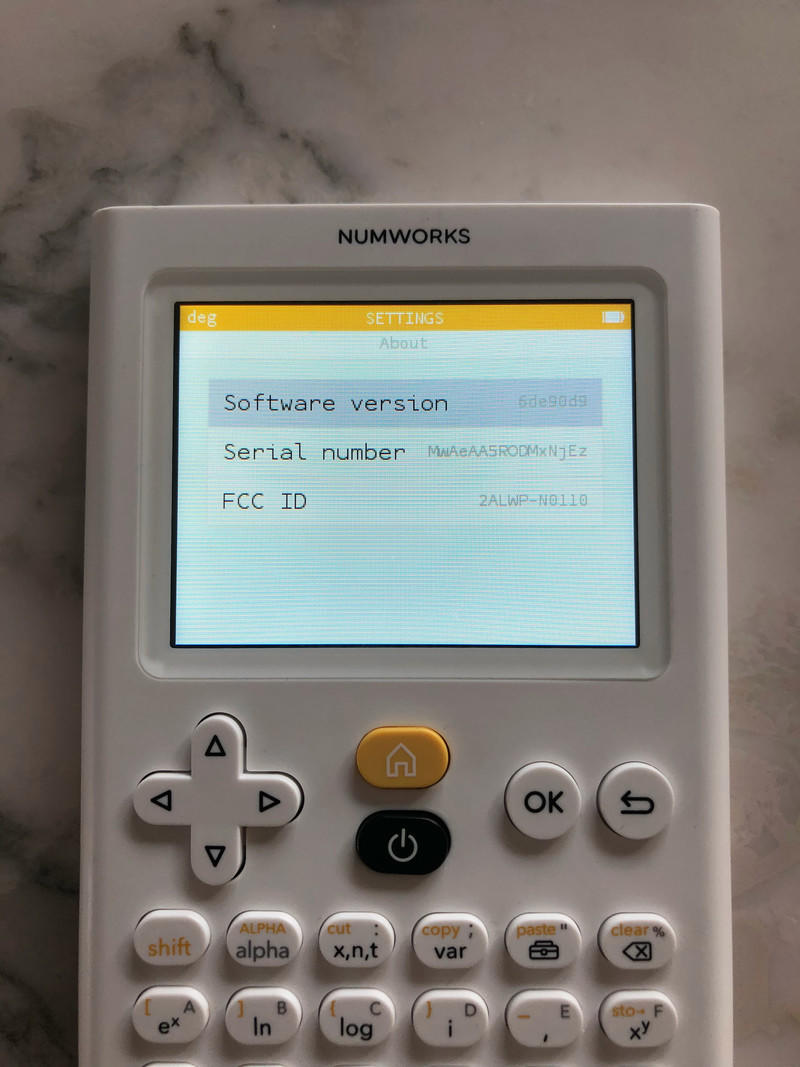 This is the code responsible for removing all files. If the lines within this function are removed, the calculator doesn’t remove its files once in examination mode. Here is a video to demonstrate:

New files can be created, but that seems to be normal behaviour for this calculator in examination mode. Maybe this is different in Dutch examination mode? I could not find any information about this.

After all of these modifications, the top LED still flashes, as if the exam mode hasn’t been modified at all. It is not possible for examiners to detect that anything from this calculator has been altered. The possibilities with access to the source code are endless.

The fact that this calculator’s source code is open source made it a lot easier to modify the calculator for cheating on tests. Other manufacturers don’t release their software, and even if you do manage to make a modified operating system, most calculators don’t allow firmware to be flashed without some sort of digital signature from the manufacturer. The fact that the Numworks calculator doesn’t do this is an inherent problem with Numworks’ ideology and the problems this opens up can’t be fixed with a simple software update. Open source calculators lower the barrier of cheating on tests, and allowing the Numworks graphing calculator to be used during 2022’s national exams would be highly irresponsible.